Why you need version control for your Word documents

Common problems when working with complex Word documents and some solutions 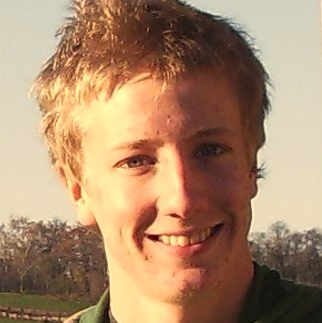 There are numerous reasons to be using a version control system for your Word documents. Version control systems are common place in particular industries, but the norm with Word documents is still to work from a local directory and share via email. This article aims to explain some of the pitfalls of such an arduous approach and demonstrate how a system such as Simul Documents can save you a lot of time, stress and money. We’ll look in detail at how we can help you:

You can get a quick overview by watching our 3-minute explainer video:

What is a Version Control System?

A version control system’s primary purpose is to store snapshots of your documents. You can see how any document has changed over time and who has contributed to it. Your version control system then provides the foundation for the more advanced authoring scenarios described throughout this article.

The most obvious benefit of using version control is that you can work on the same document, concurrently, with multiple members of your team. Have you ever had to shout across the office that you are making changes to a document and that everyone else should keep their hands off and wait their turn? If you are currently using a shared drive to store your documents, this is really the only option available to prevent you from accidentally overwriting each other’s work, wasting hours of effort and decreasing productivity.

Modern document management platforms such as SharePoint haven’t really advanced this method. Yes, they’ve introduced check in / check out locking of a document, but this is just enforcing the exact same system described above, only without having to shout. Sooner or later you are still going to have problems where your team need to edit different parts of the same document but can’t. What if someone has checked out the document and gone on holiday, will you overwrite their checkout resulting in them losing their work?

Simul Documents adopts a different approach, allowing team members to work freely on any document whenever they need to. Simul then helps to merge any conflicting changes so that your team can move forward. This is done by creating branches for document revisions which provides a clear, visual timeline of the changes, as can be seen below.

In this example, both Ben and James have edited version 0.0.1 at the same time:

These branches make it clear that you have two competing versions of the same document, while still keeping a clear audit trail of both author’s changes.

Simul then provides tools to help you merge these changes and move forward with a unified document:

Simul will stitch together both versions resulting in a new document (version 0.0.4), which will include both Ben’s and James’ combined updates as regular tracked changes in Microsoft Word:

You can then accept or reject these changes as per normal, and the document can progress.

Storing previous versions of important documents is essential for businesses, this can initially seem simple but can become convoluted over time.

Without a version control system, you are most likely keeping a single version of your document and constantly overwriting your previous work. But what do you do if you need to roll back to last week’s version? Maybe you have resorted to some kind of naming convention such as Draft_client_proposal_2017-10-23_v2.3.0.docx, but even if you are very organized and careful not to overwrite a previous version, this is highly error prone and it is only a matter of time before a version is lost or incorrectly named. Furthermore, your naming convention might make sense to you and the latest version may seem obvious, but you can bet that your team mates will have a different, conflicting system which will introduce challenges.

This is further complicated when you need to send documents to third parties via email, and receive multiple updated copies in response. How will these variants be stored and merged into a single document which can be agreed upon? What if they have turned off track changes and you can’t tell if they’ve added (or removed) anything important?

While such a naming convention might solve some of your problems, it can be an arduous task to determine the differences between the versions. Which version included a header and footer and which didn’t? Which version did the client approve? A version control system such as Simul will highlight exactly what differs between any two versions:

You can select any two versions and have Simul show you exactly what was inserted and/or deleted:

This system provides an intuitive and consistent versioning convention, which enables users to easily identify changes and keep track of the many different versions which will inevitably occur.

Having a full version history is crucial when you decide that you want to restore a previous version of your document. Maybe new requirements have been abandoned, or maybe someone has made changes which aren’t appropriate. Version history essentially means that it is no longer possible for anyone to accidentally delete or corrupt a document. Using Simul’s version comparison features, you can quickly determine which version should be restored. Simul will then clearly illustrate that the document has been reverted to a previous version:

There’s more to a document revision than just its contents. You usually want to keep track of certain events which occur throughout a document’s lifetime, such as: “Sent to the client for review” or: “Approved by legal”. Currently, tracking this creates a lot more work for everyone. Without a version control system, the most common solution relies upon your team inserting a table into the document itself and tediously logging their own changes. You can still do this using a version control system, but Simul also offers additional tools which aren’t prone to human error or restricted by the limitations of a forever growing table.

The metadata which Simul records for you includes information about the revision, such as who made the changes and when the document was updated. It also enables collaborators to have conversations around a version which become part of the document’s history. You can see below how Simul displays such metadata and comments:

Simul will also notify all relevant members via email when a new version is created, metadata is updated or comments are added. This ensures members are immediately made aware of changes which affect them – streamlining the entire process.

With the full version history and all associated metadata, you can much more easily manage and understand how your document has evolved.

This not only makes your life as an author easier, but it also provides an invaluable tool for auditing. If you and your organization need to determine when or why a particular change occurred (perhaps your client added a clause to a contract), without a tool like Simul you would most likely have to rely on people’s memories or hope that you can find an email trail. Either way, the process of gathering evidence will be far more complicated without a version control system.

Work smarter with your documents!

Simul Documents provides many more features than just those detailed here, and we hope to help you be more efficient in every aspect of your document generation.

It’s free to try Simul Documents, and we would love to hear how we can help you work smarter!